Race to The Machrie 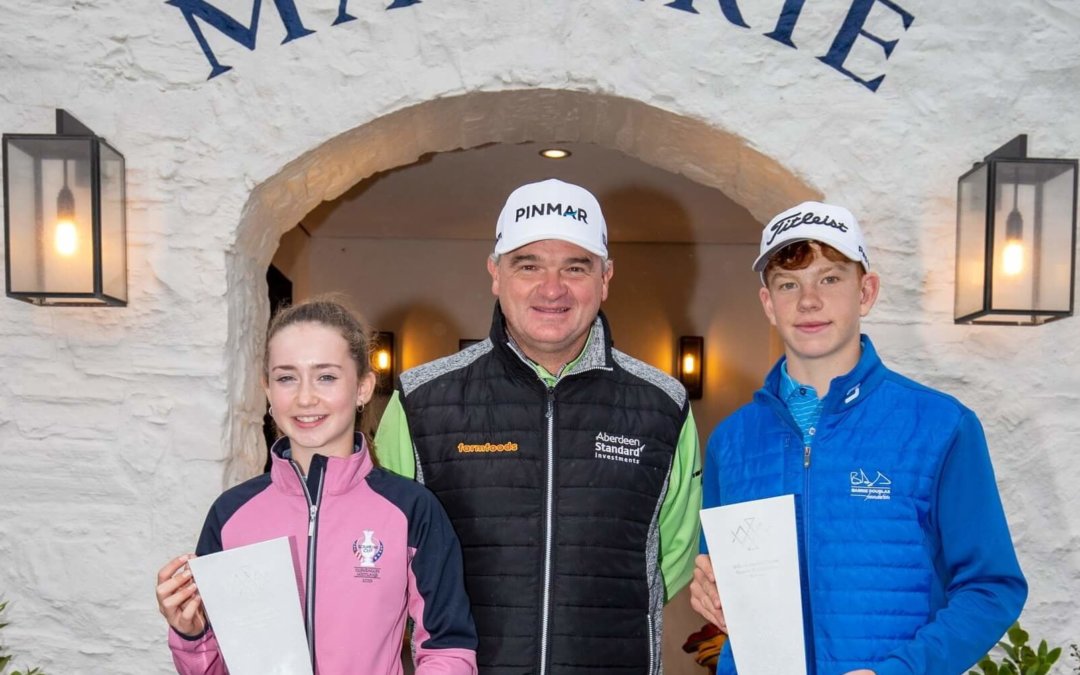 The inaugural Race to The Machrie series concluded over the weekend 20-22 September and was a huge success for the 24 Boys & Girls who’d qualified to play the 36 hole stroke play event over the stunning Machrie Links course on the Island of Islay, off Scotland’s West Coast.

After an opportunity to play the course and get familiar with the facilities on Friday afternoon, competitors were welcomed by Gavyn & Sue (owners of The Machrie) and Dean Muir & David Foley (Director of Golf & Head PGA Professional) and Paul made a surprise appearance after being forced to withdraw from an event on the Staysure owing to a back injury…….

Saturday morning saw the qualifiers teamed-up with local children from The Machrie’s Junior programme to take part in a fun Texas Scramble event, played over the brilliant six-hole Par 3 course and the massive putting green.  The Foundations’ kids helped the Islay Golf Club juniors understand a little bit about pre-event preparation before heading on to the course for a shotgun start.  Conditions were challenging – with winds gusting up to 35mph but it didn’t stop all of the kids from having a great time.

After the Texas Scramble we held a little prize presentation and each of the Machrie Juniors were presented with a gift from the three Foundations.

Saturday afternoon saw the First Round of The Race get underway and scoring looked likely to be high owing to the continuing gusting winds.  Some of the golf on display was incredible, given the strength of the winds for the first eight or nine holes.  Fortunately, conditions eased a little as the groups started to turn for home and the scoring from the leading players was impressive – Gregor Graham returning a three-under par first round score; Cormac Sharpe returning a one-under par 71 and Calum Scott & Ruben Lindsay both level par (72).  Grace Crawford led the way in the Girls event after her score of 81.  Considering the conditions, this was also a very decent effort.

A beautiful dinner was laid on by our hosts, setting-up nicely for the second day of action. 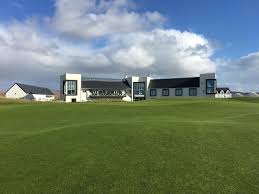 Sunday saw the Second Round take place in less wild winds but there was still enough to make The Machrie Links, designed by D J Russell (who also travelled to Islay to see the event) a very stern test.

In the end, Gregor Graham managed himself very well and his level par R2 score saw him take home the Willie Campbell trophy, commissioned by The Machrie.  It had been a nip-and-tuck affair between Gregor & Cormac Sharpe, playing together in the final round.  A lost ball at 13 for Sharpe undid the excellent work from the previous hole (an eagle at the Par 5 12th) and from that point onwards, Graham turned the screw to edge away from his nearest rival.  The low score of the week came from Lachlan Reynolds.  His 68 on day two saw him make amends for his opening 85 and jump him up to T8 for the tournament.

Grace Crawford’s second round 75 was very good indeed and saw her finish on a total of 156, nine ahead of her nearest competitor, Luisa Gibson. 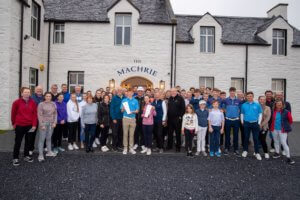 All in all, the inaugural Race to The Machrie was an incredible event and one which the kids involved will not forget.