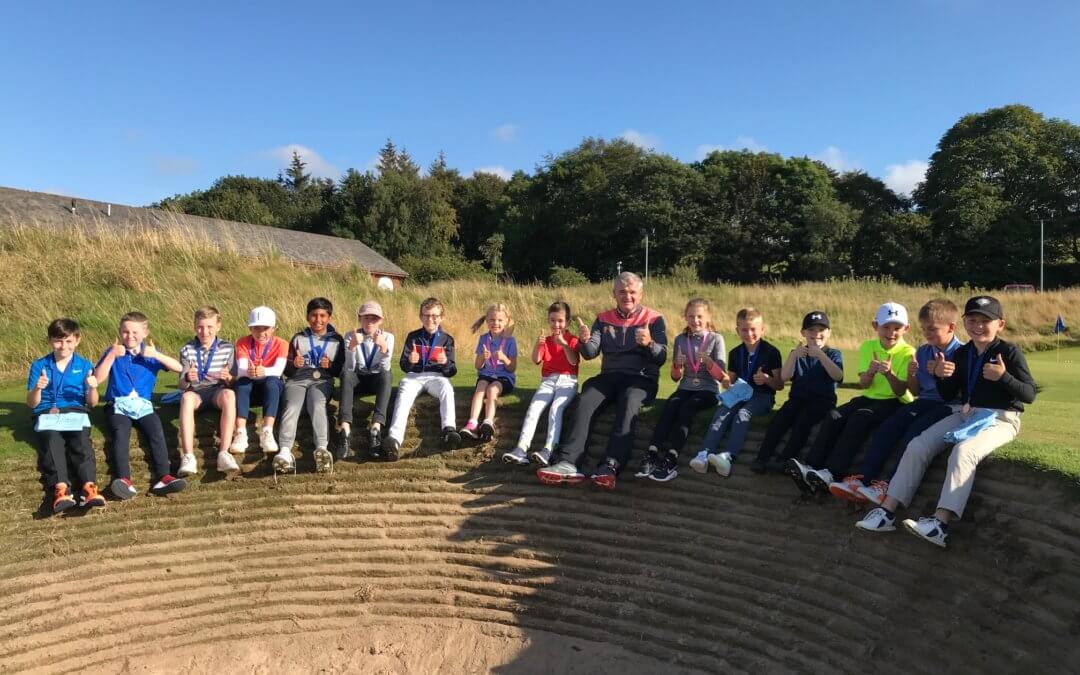 It was a glorious day at the Paul Lawrie Golf Centre for our final Flag event of the season (before the Flag Finals on Saturday 5th October).

Kameron Brown topped the Under 10s Boys section ahead of Aiden Watson and Douglas Ross.

In the Under 10s Girls, Amy Blackadder continued her good form and made it to the 8th hole.  Lois Reid finished as runner-up.

In the Under 12s Boys category, Nilav Chetty edged-out Adam Black (2nd) & Kyle Marshall (3rd) in what was an extremely close-fought affair.  All three made it to the 8th hole but Nilav’s 36th shot came to rest a matter of inches from the hole and he claimed 1st place.

Finally, the Advanced Flag saw five juniors who have surpassed the nine-hole mark with their 36th shot at some stage in their Flag career square-off.  Oli Blackadder finished green-side at the 12th to claim first place with Zack Don (who produced a personal best by holing out at the 11th) the runner-up.  In third place, Ollie Blackadder finished around 8ft from the hole at the eleventh.

All of today’s medal winners will now join those competitors who’ve finished in a medal-winning position at our previous Flag competitions throughout the season for the Flag Final at the Paul Lawrie Golf Centre on Saturday 5th October.