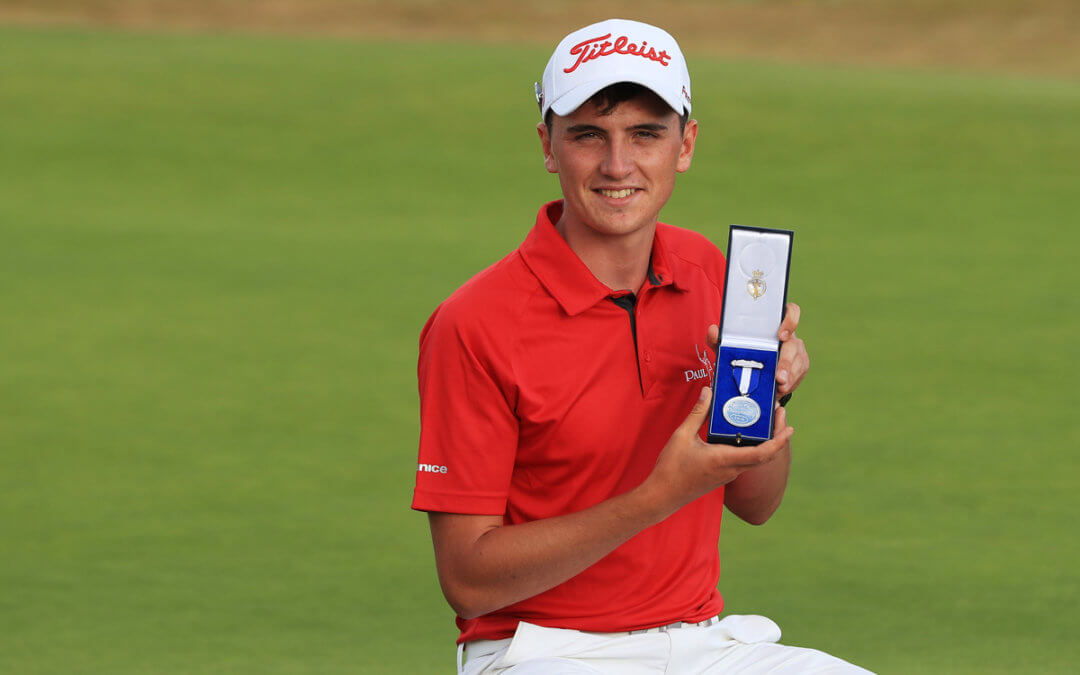 The winner of the Silver Medal for leading amateur at this year’s 147th Open Championship at Carnoustie is Foundation-supported, Sam Locke.

After qualifying for The Open in style two weeks earlier, the nineteen year-old made the most of his first Major Champioship start to out-do his three fellow-amateurs and capture the coveted Silver Medal, in the process joining the likes of Tiger Woods, Justin Rose and Rory McIlroy (the last winner of the leading amateur prize when The Open was held at Carnoustie in 2007).

Sam has been working with Paul on various aspects of his game over recent months (particularly on the mental & strategy side of the game) but has been coached by his father, PGA Professional Andrew Locke, since he started playing the game. Andrew was also on the bag for Sam during a week of varying conditions on the famous Angus Links at Carnoustie – the scene of his mentor’s most famous victory in 1999.

Not only was Sam the only amateur to survive the cut at Carnoustie (which fell at 3 over par), he was the sole Scot to make it to the weekend as Sandy Lyle, Scott Jamieson, Russell Knox and Grant Forrest each missed the mark (along with John Rahm, Dustin Johnson, Justin Thomas, Hideki Matsuyama & Padraig Harrington, to mention just a few).

Sam followed-up his first round 72 (+1) with a second round of 73 (+2), played in wet conditions as he teed-off first at 6.35am on day two. It was, therefore, a long wait for the Stonehaven youngster as he had to hang-on for around nine hours to find out if he’d made it in to the weekend.

His final round did not quite go as planned, but with the Silver Medal already assured, he performed brilliantly on the biggest stage of them all. Level after his first nine holes on Sunday, his score unravelled somewhat on the back nine as he dropped seven shots to par on his inward half. However, he did make a brilliant up-and-down at the last from the greenside bunker to delight the thousands of spectators cheering him on around the 18th green.

Sam’s most memorable week was topped off a few hours later as he stood side-by-side with Francesco Molinari, The Champion Golfer of the Year, as he was handed his Silver Medal and Francesco his Claret Jug!