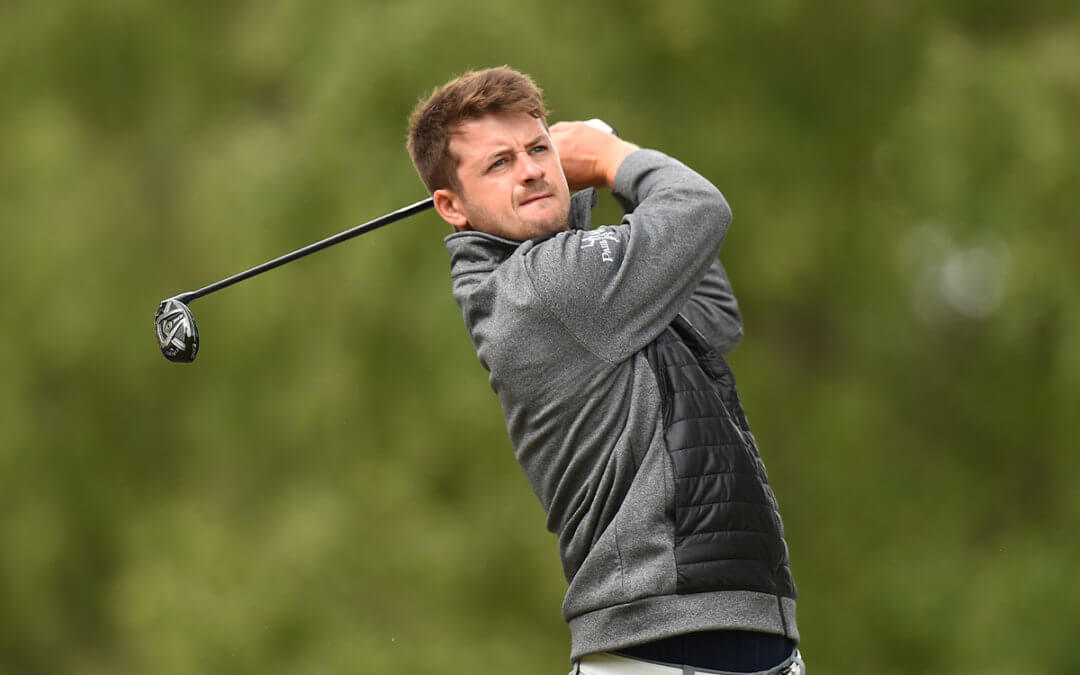 David Law, who has been connected with the Foundation since he began playing in Flag & Stableford events as a Junior, took the next big step in his Professional Golf career by winning the SSE Scottish Hydro Challenge Tour Event at Spey Valley, Aviemore.

Law set out his intentions early in the week by producing a near-flawless first round score of 66, five-under, in extremely testing conditions, taking the lead of the tournament. He followed-up in the second round with another sub-Par score to be tied for the lead at the half-way stage but after falling a couple of shots behind during the third round, the easy-going Law stormed to a brilliant final round of 67 and a two shot victory for his maiden European Challenge Tour win.

Speaking afterwards, Law was candid about his performances on Europe’s second-tier tour up to this point:
“This is the best. In five years out here I’ve never won and I’ve never been close to winning to be honest. I had a couple of chances down the years but to do it here with everybody here is just amazing.

“There’s more pressure this week as it’s your home event but there’s also more support and that’s huge. Everyone was rooting me on and I felt that carrying me through.”

Victory for the 27 year old came in his 100th Challenge Tour event and has moved him inside the coveted top 15 spots in the Order of Merit – the gateway to the European Tour.

Paul, who has mentored David for several years, was at Aviemore for the final round and walked every hole with him. He summed-up the feelings of everyone who knows David, speaking about how proud we are of him, knowing the dedication and hard work that’s been invested over the years.

Denmark is next on the agenda for David. We hope he’s able to push on from his first win and add to his success.