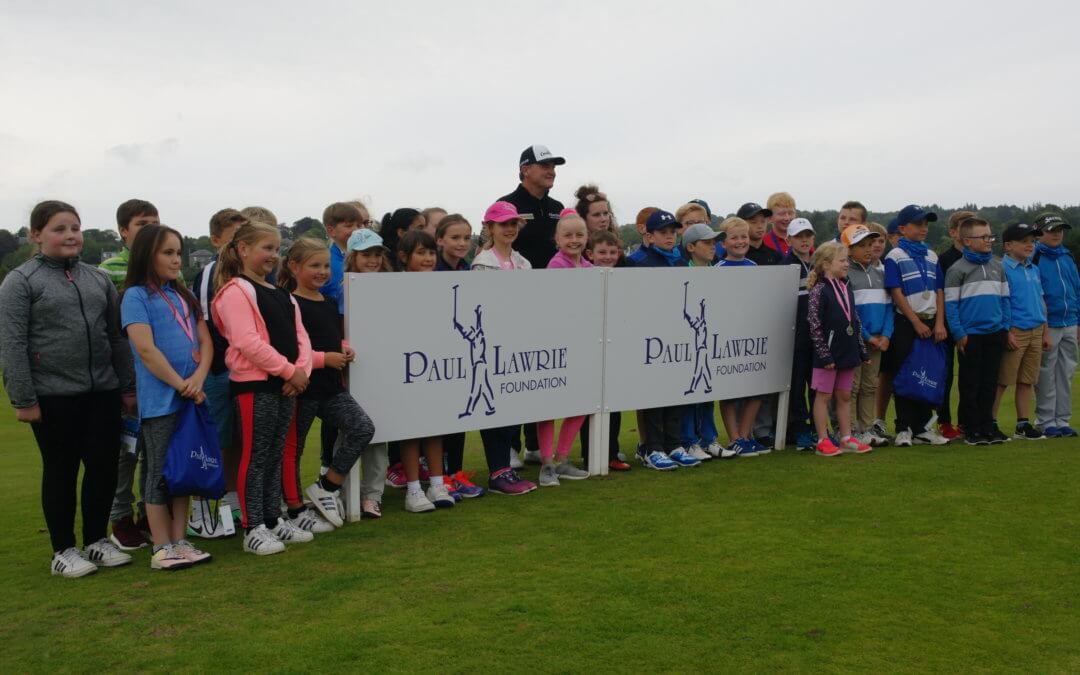 Cool, wet, windy – the autumn elements made it a very challenging day for the kids invited to attend our year-ending Flag Finals at the Foundation’s HQ, Paul Lawrie Golf Centre.

With all of the Flag Competition Winners (top 3 places per event throughout the season) invited to participate, the standard was always likely to be high and despite the heavy downpours, the kids performed to a very good standard.

In the Under 10s Boys, every player made it beyond the 9th hole with their 36 shots. So this was an extremely competitive section with lots of promising young golfers. Tied for 3rd place, Declan McCaul & Rhys Yule both made it to the greenside of the 10th hole. Zack Don got just a little further round the course and on to the green at 10. But Ollie Robertson holed-out with his 36th stroke at the 10th to claim top spot.

Under 10s Girls – again there were some really promising results in the U10s Girls but Amy Blackadder topped the lot as she made it to the 8th hole. Alice Rhodes finished as runner-up, just behind Amy. Niamh Hynd claimed 3rd place as she came up a little short of Alice’s effort.

Finally, the Under 12s Girls event also produced some excellent performances. Katie Cooper finished just behind runner-up Becky Sinclair but Ruby Watt, by making it all the way to the 11th hole, secured the win in style in her last event in the Under 12s.

A great day on the course was rounded-off in style by Trick Show specialists, Geoff Swain and Kevin Carpenter. As the winds began to gust at up to 40mph, the boys put on a very entertaining and skilfull demonstration for all of the Flag Finalists, as well as parents, grandparents, siblings, etc.